Halo Infinite or Halo Indefinite? Dealing With the Delay (1 Kings 17-18)

UGH.  Just ugh.  I am sure a few people saw this coming after the rough reception on the new Halo footage from the Xbox Game Showcase, and in a rare move Microsoft was even forced to acknowledge their under-whelming presentation and new unofficial internet mascot Craig the under-detailed Brute.  But for Halo Infinite to completely miss the planned launch day release with the new Xbox Series X?  This is a pretty big deal, and a massively devastating blow to Microsoft as they have to accept that they have lost a critical anchor for their new console release this fall.  Will the delay of Halo Infinite have long-lasting repercussions or perhaps even end the battle between Sony and Microsoft before it starts?  It’s a fair question…

The success or failure of each Halo release has largely defined the success of its’ native consoles.  One could argue that the success of Halo: Combat Evolved in the infancy stages of the original Microsoft Xbox is the only reason Sony and Nintendo are even still dancing with them in this console generation.  I mean, think of the other launch window options Microsoft gave us on their first foray in the console war… Blinx?  Grabbed by the Ghoulies?  The completely broken debacle that was Brute Force?  Microsoft would have never even made it to year TWO of their very first console, much less a fourth generation of consoles without the juggernaut that is Halo.

Xbox Live was basically built as a platform to support the multiplayer growth of Halo 2, and the desire to play this game online with our friends made paying for an Xbox Live membership acceptable long before free games each month were part of the deal.  And on the other side of the equation,  I would have a hard time arguing that the less than stellar reception to the release of Halo 5 was a factor in the complete dominance of Sony over Microsoft in this console cycle.  Whether we like it or not, Microsoft’s ship continues to sink or swim based on how high Halo raises the tide.

So what now?  Now we patiently wait for 343 Studios to achieve a level of satisfaction with this critical title to the point that they feel satisfied with releasing it.  When will that happen?  That is a big and unanswerable question at this stage.  Waiting through interminable periods of time when nothing seems to be happening is a fairly painful process, but it is one we are going to have to endure without any idea of when it will end.  Having patience is much easier when there is a firm release date or a defined finish line you can press towards that represents relief.  And in 1 Kings 17 and 18 we find the story of an entirely different type of drought, and within this we will find  some interesting parallels that reflect on our ability to endure the barren plains and empty skies we all must endure at certain seasons in our lives.

If you want to find a person in the Old Testament who has both done some stuff AND seen some things, there are few that can hold a candle to the prophet Elijah.  These two chapters contain an amazing event that is worthy of its own separate article (you can find that here)…

but for today we will focus on the ending of the drought found in 1 Kings 18:41.  After years of zero rain, the prophet of God Elijah returned from his disappearance and proclaimed to the king that there was the sound of the abundance of rain.  And as the king went off to eat, Elijah prayed… and then sent his servant out to survey the horizon for a sign of potential precipitation.  And surprise surprise… there was nothing there. Not a single cloud, no perceptible change in the area’s barometric pressure reading, not even a shadow indicating a potential cooling off of the sun… Just a big bunch of NOTHING.  There was no external indication or sign of this “abundance of rain” Elijah had just boldly proclaimed.

1 Kings 18:41-43 Then Elijah said to Ahab, “Go up, eat and drink; for there is the sound of abundance of rain.”  So Ahab went up to eat and drink. And Elijah went up to the top of Carmel; then he bowed down on the ground, and put his face between his knees, and said to his servant, “Go up now, look toward the sea.”  So he went up and looked, and said, “There is nothing.” And seven times he said, “Go again.”

If Elijah felt any panic he sure didn’t show it.  He sent his servant back to check again.  Again he returned with the news that there was no evidence of an answer to Elijah’s prayer.  He sent him a third, a fourth, a fifth time… in total he sent his servant SEVEN times to look for ANY indication that the promised rain was on its way.  FINALLY, on the seventh time the servant returned with this less than enthusiastic report… “There is a cloud the size of a man’s hand coming out of the sea”.  Have you ever sent up a prayer and when you finally saw an answer on it’s way it was so small and insignificant that there was simply no way it would be sufficient for your need?  Well, that’s what Elijah is looking at here.  He promised everyone an outpouring, and he was looking at a speck.

Elijah, to his credit, was undeterred.  He knew an answer to prayer when he saw one, and he also knew firsthand how the Lord of little was also the same Lord of much.  Elijah took the message of that tiny cloud to the king and informed him to “Ride like the wind, Bullseye”!  Well, your translation might have it recorded it a little more like, “Prepare your chariot and go down before the rain stops you”.  But I’m pretty sure my version is  how it was said in the original Hebrew.  At any rate, Elijah saw the answer in its fullness before it had even fully arrived, and he responded in faith to it even when the answer tarried. The arrival of this small rain cloud may have lacked the overwhelming proof that we would like to see when making a report of this magnitude, but Elijah celebrated it as if it was the whole lump sum payment.

The answer to our prayers may seem like a dot in the distance, or perhaps they are not even visible yet, but as sure as EA will launch a new Madden game each August our Heavenly Father will always have a rain cloud that will show up for us right when it is needed most.  It may not be there the first time we look, the second time, or even the fifth time, but it’s coming.  It may look like it’s the size of a human’s hand, but many times our answers to prayer will be delivered through the human-sized hands of others.  And much like the development cycle of our favorite gaming franchise, the silence we are hearing is not an indication that progress is not occurring.  To the contrary, the most critical work on the project and the final steps of the process are the portions that receive the least amount of fanfare and are accompanied by the least amount of updates.  If a developer is talking then they probably aren’t working, and if they are busy polishing those last touches on our next addiction then they probably don’t have time to update their Twitter. 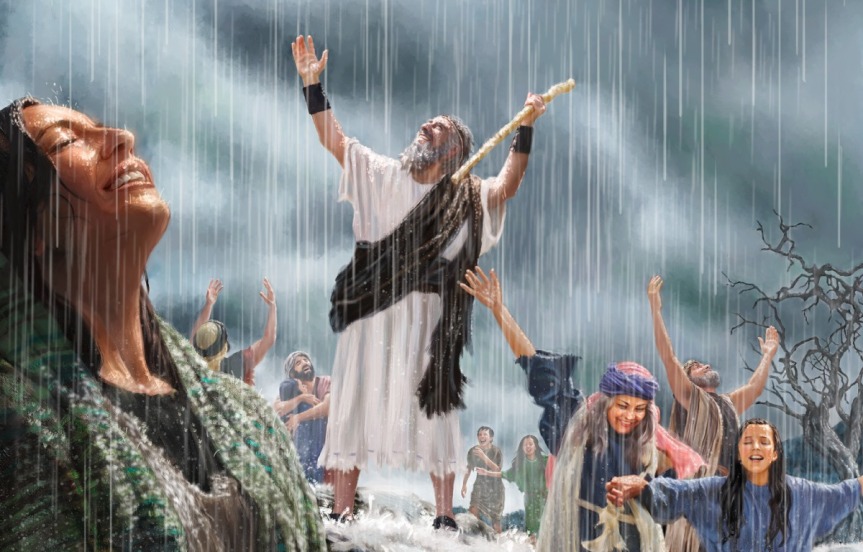 Take heart when you see an absence of clouds in the sky and can’t hear any sounds of thunder.  Elijah, in faith, heard the sound of the abundance of rain while looking at a cloudless sky.  And his faith was rewarded with the opening of the heavens and a refreshing outpouring that answered not only his prayer, but the prayers of the entire nation.  God does not delay our responses as an act of control or cruelty… the truth is there is more at stake in your situation than you are privy to, and a prayer answered at the wrong time is worse than an unanswered prayer.  There is a crucial difference in blessings and curses, and much of this has to do with timing.  Let’s look at one final example…

In 1 Samuel 8-12 we find the sad story of Samuel, the mighty prophet of God, being asked by the nation of Israel to appoint them a king.  To this point the Lord was their King and He would periodically appoint people to act on His behalf such as Moses, Samson, Deborah, and now Samuel.  But the people demanded a king, and in spite of Samuel’s stern warnings and the clearly stated will of God against this their prayers were answered.  The solution was Saul, a horribly flawed monarch who caused great distress to the country and if it had not been for God’s deliverance by the hand of David they would have re-entered a life of slavery, this time to the Philistines.  If they had only waited, David would have been the FIRST king and would have spared them a great deal of problems.  So we see that a prayer answered in the wrong time can be worse than the situation we currently occupy, and while we may THINK we see a clear solution to our predicament, the Lord sees ALL of the spinning wheels and is determined not to release the response until the fullness of time has truly come. 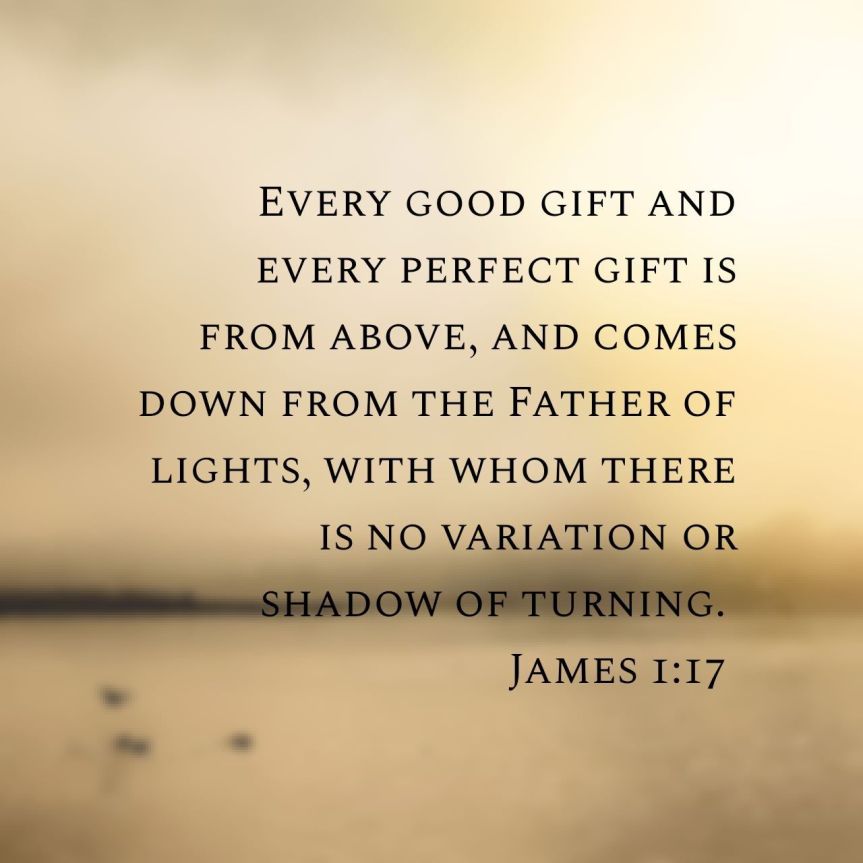 I have countless prayers being lifted up right now, and many of them feel like their situation is already past the point of expiration.  But when the Lord says rain is in the forecast, you can take that to the bank.  He may not hit your desired street date, but you can rest assured that even that tiny little cloud on the horizon is the proof that the abundance of rain is coming.  Don’t lose hope… the absence of proof and the lack of audible confirmation is simply the sound of progress in a realm beyond our comprehension.  Just ask the tomb that held Christ and sat silent for three days what happens when it finally became time for the stone to move…