The Return of Pikmin 3: Purpose Through Pain (Acts 7)

Are you ready?  I can’t HEAR you… I asked Are….You… READY???  Hmmm.  Nothing.  Let me turn up my speakers a little bit.  How about now?  Nope, still silent.  Well, I suppose it is a bit unrealistic to expect live feedback to my typing.  Since it is unlikely I will be able to properly gauge your excitement level in response to this HUGE news, we will just roll with it.   What news, you ask?  The news that Nintendo has FINALLY announced the return of Pikmin, albeit in an updated version of Pikmin 3 which originally launched on the Nintendo WiiU.  You know, that system that only me and 12 other people bought.  To quote the late, great Obi-Wan Kenobi… the WiiU was an elegant system for a more civilized age…

The Pikmin franchise can absolutely lay claim to being one of the cutest, sweetest, most fun yet also massively STRESSFUL experiences Nintendo has ever created.  The adorable little Pikmin made their debut waaaaaay back on the Gamecube, making stops on each Nintendo console along the way and even popping up in Super Smash Brothers.  While we are not receiving a brand-new Pikmin experience, I think we should all just be excited that they are FINALLY making their long anticipated jump to the Nintendo Switch.  And if you have never played a Pikmin game before, let’s get you caught up to speed.

Pikmin are the cute, colorful, helpful creatures who populate the worlds of each Pikmin game.  They range in capabilities based on their color, for example the red Pikmin are impervious to fire while the yellow Pikmin have resistance to electricity.  So far so good… but then you get to the meat and potatoes of Pikmin… the combat.  Regardless of which captain you are playing as, the gameplay remains the same… find these sweet, unassuming little Pikmin, rally them to follow you, and then violently hurl them at objects and enemies until you are able to progress to the next level.  Yep… you read that right.  Each Pikmin you select follows you around until they achieve their purpose… to be physically thrown at supplies needing to be carried, obstacles to be removed, or monsters to vanquish.

The most difficult part of Pikmin for me has always been the sacrifice of these little characters  to defeat the foes that populate the landscape.  Watching them carry heavy objects from one place to another is hard enough… actively participating in a battle that is bound to have multiple Pikmin casualties almost seems cruel, even if it is unavoidable.  Amazingly, they seem to accept their fate without any resistance, continuing to blindly follow my character and loyally attack adversaries in spite of their friends slowly disappearing from the battlefield.

One of the most challenging parts of our daily walk with Christ is this same issue… the ability to blindly follow Him through the pain, the persecution, and the losses that populate a believer’s life.  One of the core reasons people choose not to turn to God is because they hold Him responsible for the seemingly preventable hurt and sorrow we experience in our lives.  Atheists and agnostics alike point to the tragedies of the world around us and use this as a rationalization for why they cannot or will not believe in God.  It can be hard to be a loyal Pikmin as we are asked to follow the Lord down through the valley of the shadow of death.  With a name like that you KNOW the climb is going to be uphill.   I mean, seriously, couldn’t we at least give the valley a different name so it SOUNDS better?

As always, the Bible has the answers and the perspective that we need on this topic.  We can start with the follower of Christ that my Mother named me for… the first Christian martyr, Stephen.  I probably should be more concerned that out of ALL the names in the Bible my Mom chose to name me after the one guy that was the first to get horribly murdered for believing in Jesus, but I will talk to a therapist about that later.  Back to Stephen’s story… in Acts 7 we find this loyal follower of Christ singled out by the religious leaders of the day, falsely accused of crimes he did not commit, and placed on trial.  Keep in mind that Stephen was just a guy who had been chosen to assist with running the disciple’s food kitchen for the poor (Acts 6:25).  He was simply performing charitable work on behalf of Christ for those in need and sharing the Gospel, often accompanied by healings and other divine works from the Lord.  And this simple act of service placed him on the top of the “Most Wanted” list for the enemies of the cross…

Faster than you can snatch up a Pikmin, Stephen was railroaded to a trial and placed on the stand.  The results were exactly what you would expect from this hostile crowd… they turned on him in spite of a complete lack of evidence to support the claims of the false witnesses, dragged him to the outside of the city and stoned him to death.

Acts 7:54-58 When they heard these things they were cut to the heart, and they gnashed at him with their teeth. But he, being full of the Holy Spirit, gazed into heaven and saw the glory of God, and Jesus standing at the right hand of God, and said, “Look! I see the heavens opened and the Son of Man standing at the right hand of God!”Then they cried out with a loud voice, stopped their ears, and ran at him with one accord; and they cast him out of the city and stoned him. And the witnesses laid down their clothes at the feet of a young man named Saul.

From the outside, it would appear that Stephen’s life had been wasted and his death was completely unnecessary, unfair, and preventable.  But buried in the sad story of his death was the simple line that “the witnesses laid down their clothes at the feet of a young man named Saul.”  To accommodate the effective stoning of this first martyr for the cause of Christ, those who were throwing rocks at him placed their outer coats at Saul’s feet so they could more effectively murder this Godly man.  But Stephen’s life, much like the Pikmin thrown during our gameplay, was for a PURPOSE.  This moment acted as the catalyst for sending Saul on his crusade to arrest and eliminate other Christians… a crusade that would end with Saul, more commonly known by his Roman name PAUL, becoming the most famous missionary in the history of the earth. 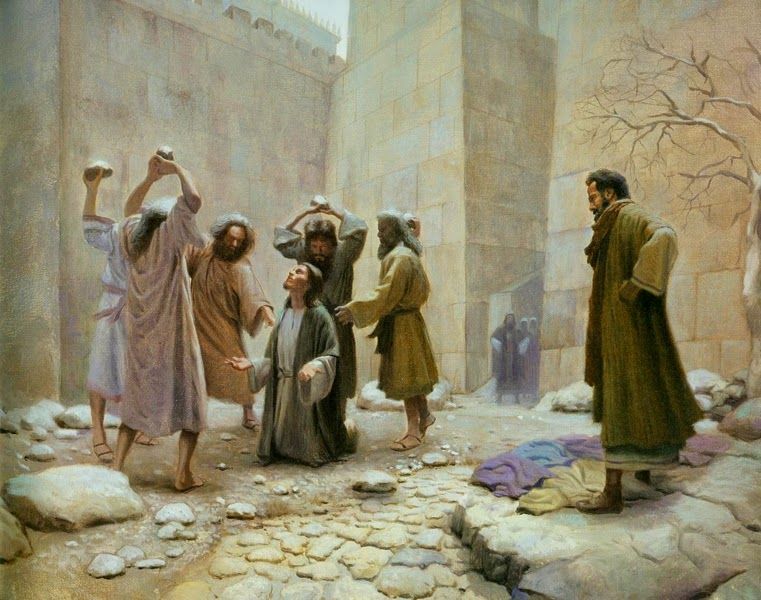 Stephen’s life was not callously thrown away… it was spent.  It was used to move Saul/Paul on his road to conversion, and without the churches Saul/Paul built or the books of the Bible he wrote, all of us would live in a VERY different world today.  While it can be incredibly hard for us to understand this, the truth is that each of our lives AS WELL as our deaths serve a very important purpose in the view of eternity.  We are each being invested into the lives of others, maybe in ways in which we cannot understand or even see right now.   We may never see the fruits of our labor on this side of heaven.  But whether our path here on earth leads to glory or suffering does not indicate God’s level of love for us… only the level of importance we have on the lives of those he has surrounded us with… both friends and enemies alike. 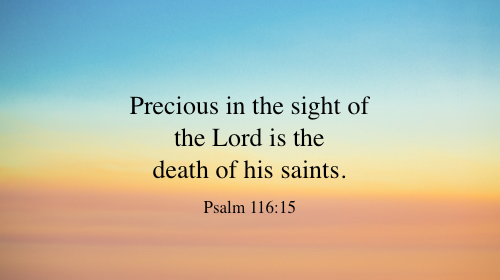 The murder of Stephen reminds me of a verse in the Psalms… “Precious in the sight of the Lord is the death of His saints”.  The word “precious” used there is “yaqar“, and it is the same word used when describing valuable or rare gemstones.  It is alternately translated as “costly” or “weighty”.  We are an expensive, precious, rare, and exceedingly valuable soul to our Creator, and He does not invest our lives or our deaths lightly.  While it may seem that we are just random Pikmin being thrown at enemies to be stomped on and torn down, the truth is He has chosen each of us for our specific tasks and objectives here on earth.  He knows exactly how much weight each of us can carry, what special abilities he has embedded deep inside of us, and exactly how our final days and hours should be recorded.  Not because we are expendable, but because we are ESSENTIAL to someone else’s story and the next step in their adventure with the Lord.

It is my prayer today that every one who hears or reads this understands their exceptional, eternal value in Christ.  You may have moments in which you feel like a lonely Pikmin being thrown at obstacles for no seeming purpose other than pain… we ALL have those moments.  But even Stephen, in his final moments of life, saw that he was not standing against those crying out for his death alone.  Standing up for Christ on this earth does not mean we won’t get knocked down… it means we will never have to take that stand ALONE.

You are special, precious, and uniquely designed to fulfill your destiny.  When you are asked to carry a heavy burden, know that many of us fellow Pikmin are right there along side you carrying the load.  When you are flung into battle, know that we are each doing what we were uniquely enabled to do in order to win this war against the enemy of our souls.  And through it all know that He is not just sitting down watching this whole thing play out on some giant TV screen in heaven… He is giving us a standing ovation, proudly waiting to welcome us to the other side when it is time.