Retro gaming may be bigger than anything NOT named Fortnite right now, and I for one am about as pleased as a duck swimming in a lake full of Frosted Flakes (The intent with that sentence is to imply my approval, just in case that was not clear.  I am a big fan of Frosted Flakes.  And I am of the opinion that a duck would feel similarly if given the chance.)  Gamers worldwide are getting to enjoy many of the experiences that ruled many of our adolescent lives with pixel perfect versions of titles such as Super Mario Bros 3, Legend of Zelda, and Donkey Kong Country lighting up your high def televisions in all of their 8-bit and 16-bit glory.  With the monstrous success Nintendo has enjoyed with the releases of both the NES and the SNES classic models, it is safe to say that this is a wave of enthusiasm that has not yet crested.  Need proof?  Look no further than the most recent nostalgia-based console heading to a video game store near you, the PlayStation Classic.

Retailing at a robust $99.99, this newest entrant into the classic console phenomenon will also be the highest priced yet.  Boasting two controllers and a library of 20 pre-installed games, the intent is clear.  Sony plans to make a dramatic statement and cut a slice into this lucrative business with a re-release of their own original, beloved, industry-changing console. But there is an inherent problem in their plan, and I will let you come with me on the journey as we discover what that is.  As soon as the machine was announced the very first question should be obvious… what games are coming with it?  Since Sony has already announced there will not be any post-launch support for the system (meaning no future games will be added to it), the true value of this system is in what you can actually play on it.  Are you ready for the list of the games announced so far? 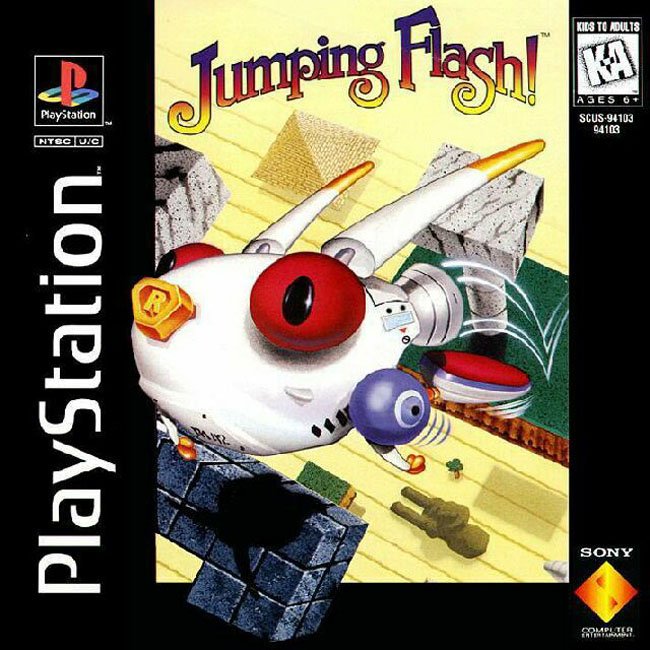 Do you remember me? No? I get that a lot, actually…

First, let’s get Final Fantasy VII out of the way.  A classic if there ever was one, albeit a game that has already seen re-release in multiple forms over the years.  Definitely a seminal title that belongs on the list of all-time great PS1 games.  But then the list gets considerably… well let’s just be kind and say “less classic” than one would hope.  Of the remaining four titles that have been announced we have Wild Arms, Ridge Racer 4, Jumping Flash, and Tekken 3.  Maybe it’s just me, but I’m feeling slightly under-whelmed at the list of “classic” titles I can finally play again for the now not-so-low price of $99.99.  I mean let’s be honest… have you actually ever played Wild Arms?  Or even heard of it?  Did you ever own, borrow, or rent Jumping Flash?  (Renting is another relic of a bygone era… rest in peace Blockbuster).  Are you planning to invite any friends over you can settle that long-standing beef you had with them over Ridge Racer back in the day?  No?  Hmmm… me neither.  And herein lies the problem. 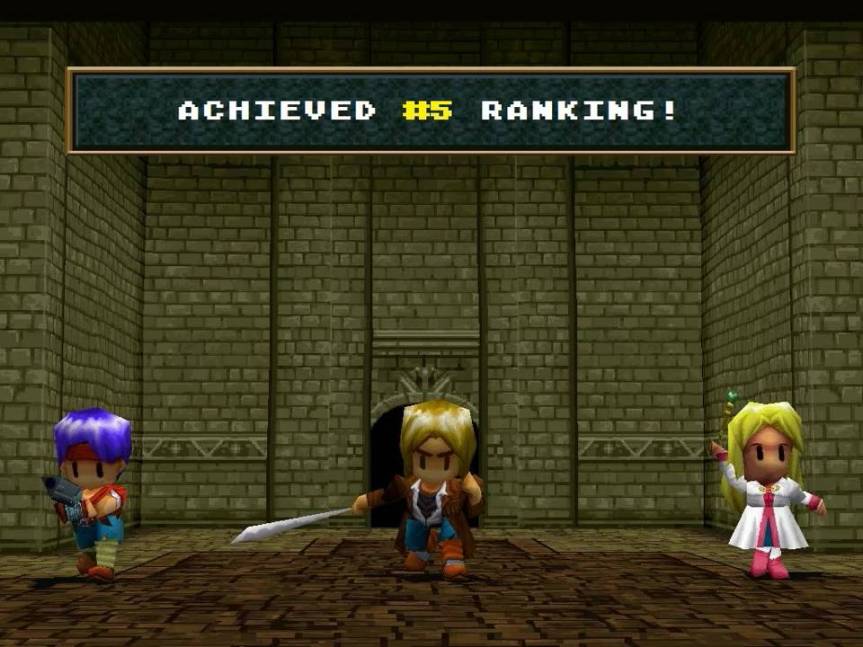 WILD ARMS… In all of its nose-less, mouth-less glory.  But those eyebrows tho…

The issue is that many of the titles that we possess the fondest memories of playing are simply not owned by Sony and thus will be unlikely to appear on their classic console.  Unlike Nintendo, which owned and maintained many of the most popular intellectual properties in gaming at that time, Sony had a pretty limited well of first party titles.  What are your favorite memories on the original PlayStation?  Crash Bandicoot?  Spyro?  Madden?  Metal Gear Solid?  Unfortunately, without substantial negotiation it is unlikely these will be showing up on the “Classic” any time soon because those titles are not “owned” by Sony.   And you can’t give what you don’t possess. 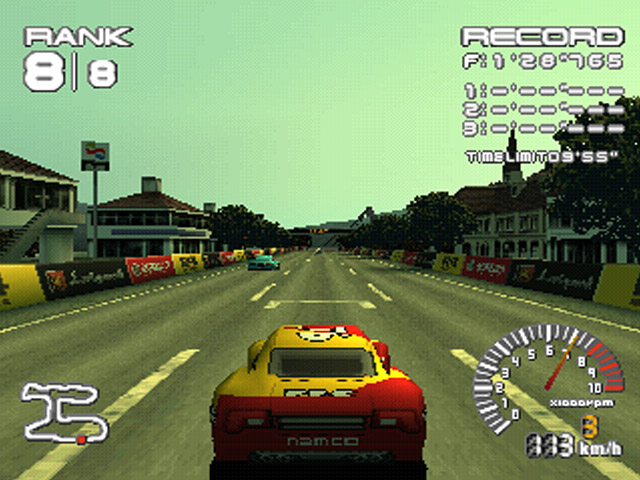 RRRRRRRRrrrrridge RACER!!!! C’mon man… I was a big deal. I promise.

In Acts 19 we find a grim yet fascinating story regarding the early church and a group of seven men who similarly had a grand plan but lacked the minimum requirements to enact it.  This occurs smack dab in the middle of the Apostle Paul’s ministry and just as he is being used by God to work miracles of healing and spiritual freedom from demonic oppression, others want to get in on the act.  These gentleman, sons of a chief Jewish priest named Sceva, are going to attempt to imitate the Apostle Paul without actually possessing the relationship with God that has enabled Paul to perform these miraculous acts.

Acts 19:11-16 Now God worked unusual miracles by the hands of Paul, so that even handkerchiefs or aprons were brought from his body to the sick, and the diseases left them and the evil spirits went out of them. Then some of the itinerant Jewish exorcists took it upon themselves to call the name of the Lord Jesus over those who had evil spirits, saying, “We exorcise you by the Jesus whom Paul preaches.” Also there were seven sons of Sceva, a Jewish chief priest, who did so.  And the evil spirit answered and said, “Jesus I know, and Paul I know; but who are you?” Then the man in whom the evil spirit was leaped on them, overpowered them, and prevailed against them, so that they fled out of that house naked and wounded.

Now I will not attempt to assume these men’s intent, as it is possible that they were either over-eager, ill-informed, misguided, or merely counterfeit opportunists looking for fame, fortune or both.   But regardless of their motives, the results are pretty chilling.  When the men attempted to trade on a relationship that someone else possessed, they received a rude awakening and after the demonic spirit informed them of who he DID know (Paul and Jesus), he then dropped the hammer and informed them that he did not know (or evidently fear) THEM.  The result was a group of seven men getting beat down and chased out of the house, exposed in just about every way a person can be.

Here’s the bottom line… we cannot give to others what we do not possess.  It is impossible to lead someone into a relationship with God if we don’t have one of our own.  We cannot demonstrate the freedom that exists in Christ if we are not living in it ourselves.  We cannot expect answers to our prayers from a God who we don’t truly know and serve.  Much like the problem Sony has with a system that does not have the games we are looking for, so too are we unable to give the love, peace, and joy that exists in the life of Christ’s followers if we are not partakers of that life ourselves.

The Christian life is not something we can simply imitate from someone else.  In this day and age of people looking for something real and authentic, spouting a few Biblical catchphrases without any substance may be the worst thing we can do.  There IS a real power that comes with serving Jesus… the power to have your prayers heard and answered, to help others, and to heal hearts, minds and bodies.  But we cannot wield that the way these men tried to, like a set of secret code words that exist to be manipulated and abused.  A welding torch in the hands of a skilled professional can be used to hold giant metal beams together that supports a massive skyscraper.  But when carelessly handled by an untrained novice it has the potential for destruction and even fatalities.

Hebrews 4:12 compares the Word of God to a sword, unmatched in its sharpness and ability to sever.  It is not a weapon to be taken lightly.  Prayers are powerful, the words printed in the Bible are literal weapons against a spiritual enemy, and when combined with a real relationship with the Creator who has protected these words from the sands of time for thousands of years just so you and I could read them… they can change someone’s life.  But without being plugged in to the electrical power source that is the Spirit of God they are as empty as the games list for the PlayStation Classic that everyone thought they wanted… until they saw it didn’t have as much to offer as one had hoped. 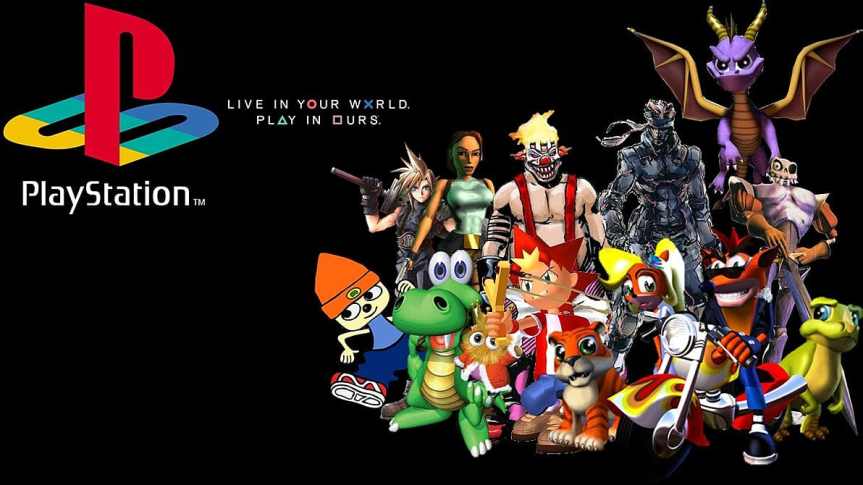 Maybe Sony will turn it around and make the deals necessary to add the content players actually know and love.  It’s not too late, and I truly hope that they do.  I would love to see a console that actually delivers on the promise of recreating the glory days of the PS1.  And if you are looking for something REAL from God that moves beyond the old songs, stale-smelling pews and ‘lather, rinse and repeat’ church services… it’s not too late for that either.  There may be a “counterfeit”, weak, powerless version of Christianity that you have observed, but there is a REAL one as well.  One that involves ANSWERED prayers and CHANGED lives.  And it all starts with asking God for that authentic, real, powerful relationship and choosing to live it AND to give it.

One final note… if you have become disenfranchised with God because of the flawed, weak religion you may have observed from others… remember that the counterfeit only proves the existence of the genuine.  Counterfeiters do not produce and flood the marketplace with fake thirty-dollar bills because they are obviously not real.  There isn’t a REAL thirty-dollar bill, so nobody would believe in their worthless one.   No… they mimic a real, authentic bill with a copycat that looks similar but has no actual substance behind it.  The difference between the fake bill and the real one is the authentic one was crafted by someone who has the means to authorize its use and value.   I’ll leave you to draw your own conclusions there…