The Rise and Fall of Telltale Games: The Dangers of Over-Encumbrance (1 Sam 17, Matthew 11)

The surprising and bitter ending to the story for Telltale Games is ironically in keeping with the way many of my decisions have panned out when playing one of their games over the years… shocking, seemingly unnecessary, preventable, and sad.  Smack dab in the middle of the final season of their critically acclaimed Walking Dead series, Telltale Games has closed their doors leaving the final episodes of not only this series but all of their upcoming titles in limbo, perhaps never to be completed.  While the full details of the studio closure remain murky, it appears highly likely that the incredible success story of “the little company that could” finally ran out of continues.  One can only hope Clementine will still remember this.

In an era in which point-and-click style adventures were long dead and cutting edge graphics and blistering fast frame-rates were the only qualities worthy of investing a studio into, Telltale bucked this trend and focused on character-driven narratives and offered gameplay that was just as simplistic and accessible as their game engine and visual style.  And for quite a while, it worked.  Telltale danced with the type of licenses that would make any developer jealous… just look at a few of these brands.  Walking Dead.  Batman.  Minecraft.  Borderlands.  Game of Thrones.  Jurassic Park.  Back to the Future (okay, maybe not so much that one).  Marvel’s Guardians of the Galaxy.  STRANGER THINGS was up next, for crying out loud.  The opportunity to make a game out of any one of these juggernaut properties would be considered a once in a lifetime opportunity for just about any game developer out there.  So what went wrong? 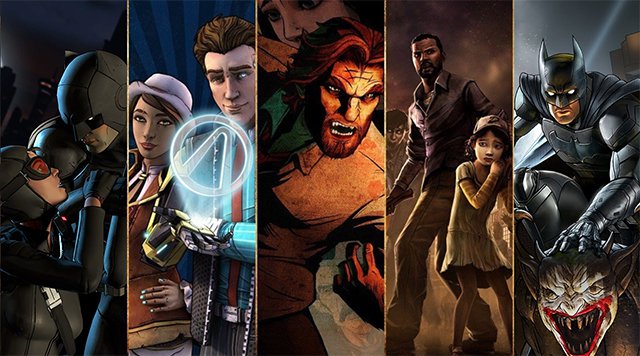 The truth is this exponential success came at a heavy cost for the small studio.   Developing one or two quality titles a year is a challenge for any major gaming studio, and the popularity of their games combined with their copy-and-paste game engine made it easy to continue to release title after title based on multiple franchises without addressing many of the key desires from their fan base such as an updated engine or graphics that were more in line with current industry trends.  They got bigger, but they didn’t GROW.  And as a result, Telltale finally ran out of financing even as one of their most viable licenses was up next for release (Netflix’s Stranger Things), which surely would have changed this narrative tremendously. 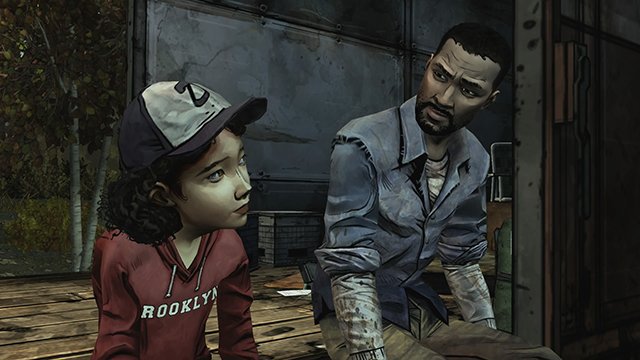 A more tragic truth is that many of us are living this same lifestyle every day.  The “Over-Encumbered Life”.  Never before has a civilization of people had so many options and opportunities to live life on their own terms the way we do now.  Any human being on this planet is potentially one second away from becoming a viral sensation.  Fame, wealth, power, and success are all more accessible now than at any other time in recorded history.  So why are suicide rates up, violent crimes rampant, and social unrest and depression at all time highs?  It is this very “over-encumbering” that is taking over and threatens to close the doors on the happiness and fulfillment we all crave.

Not familiar with the concept of over-encumbrance?   Let me tell you a personal story…. many moons ago, I was putting way more hours than I care to admit into Elder Scrolls: Oblivion.  I was exploring a cave that was far above my current capabilities and I had only managed to find the spoils inside by running and hiding from the enemies rather than dispatching them.  Within the cave I found a suit of armor that was far better than what I was carrying and I was SUPER-pumped… but I had a problem.  It was too heavy.  Even if I dropped everything that was unnecessary to my journey, the armor itself weighed so much more than my character could handle at that time that the only way I could leave the cave with it would be to drop all of my weapons and take my chances with the enemies I had been unable to defeat on my way in.

As much as I craved this particular set of armor, I was not in a place where I could carry it.  Even though it represented an improvement, it would actually have been a weight beyond my capacity at that time.  I would have spent hours trying to escape in an “over-encumbered” state, walking slowly, unable to jump or run, and completely ineffective for defense or offense.  The armor I had entered the cave with was simply a better fit for me at the time, and travelling light suited my abilities at this stage in the game.  So as much as it pained me to do it, and as much as it seemed like the entire cave excursion was now a waste of my time… I left it behind. 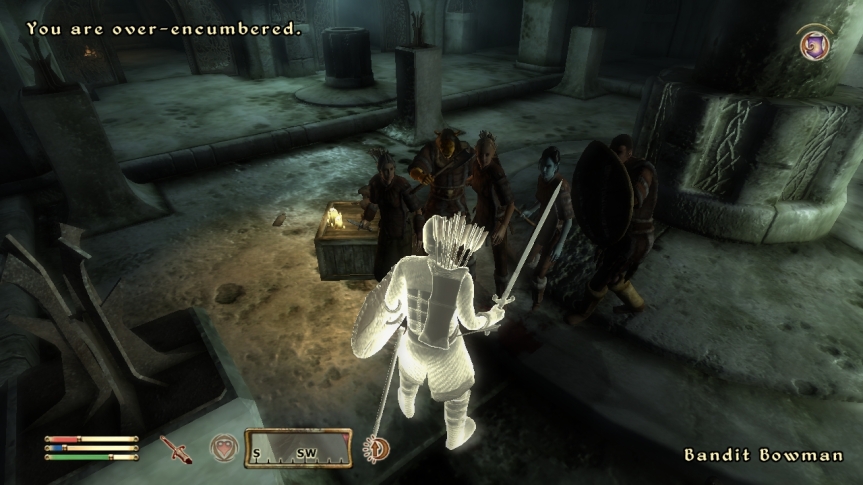 Have you been there?  Thanks to the onslaught of expectations we all endure from family, friends, social media, or ourselves I think we all face this at some point or another.  We are so concerned with not only achieving success and happiness, but documenting it and proving it through our posts on Facebook, our photos on Instagram, or in our resume and as a result we continue to take on additional weight without accounting for our ability to carry it.  We are trained to start young and fast… achieve a degree, get married, start a career, have kids, buy a house, go on a fancy vacation… all very honorable and worthy pursuits but much like Telltale Games we just keep running and adding to our load without considering our capacity.  And the end result is tired, exhausted, depressed, worn out people who are disappointed with themselves and what they have accomplished.

In 1 Samuel we find a simple solution from the shepherd-king David.  About to face his biggest test yet in the form of Goliath, David was gifted an armor set from King Saul to provide him with protection and a greater chance for success on this suicide mission.  But David did not possess the size, age, or strength of Saul (who had been described as one of the tallest men in the nation previously).  The armor, which to be honest had not really done Saul any favors here either, was clearly not a fit for David.  Whether Saul was genuinely trying to help David, intentionally over-encumbering him to sabotage him, or was simply trying to take some of the future credit for David’s success by loaning him his armor is a discussion for another day.  But here is what went down:

1 Sam. 17:38-40 So Saul clothed David with his armor, and he put a bronze helmet on his head; he also clothed him with a coat of mail. David fastened his sword to his armor and tried to walk, for he had not tested them.And David said to Saul, “I cannot walk with these, for I have not tested them.” So David took them off.  Then he took his staff in his hand; and he chose for himself five smooth stones from the brook, and put them in a shepherd’s bag, in a pouch which he had, and his sling was in his hand. And he drew near to the Philistine.

David took stock of the situation, realized his actual capacity, and chose to travel light.  He knew the Lord had nudged him to accomplish the task of slaying the giant, but David had to make the choice of what to bring with him into the battle.  He trusted that the God who can do much with little would be able to use him more successfully by simply bringing his sling and some rocks.  And by choosing not to engage in the over-encumbrance that was being thrust upon him by those who may have been considered older, wiser, or more successful, David found his success.

It is a common misunderstanding that David only used a sling to end this battle… no, you have to finish the story to find the end result for Goliath.  After David dropped the giant with a stone from his sling, he raced over to the body, pulled out GOLIATH’S massive sword and used THAT to sever neck from shoulders and end the battle with authority.  And there is a valuable insight here… if you trust that the path God placed you on is the right one and He has adequately equipped you for it, then anything you may need to finish the job will be available to you right when you need it.  Even if that sword is resting in your opponent’s hand right now.

If you are feeling beaten up, exhausted, over-whelmed or simply over-encumbered, I would encourage you to take off the armor that others have told you that you are expected to wear and stop worrying about how that may reflect on you.  There is no value in being a great-looking corpse.  If David had made the wrong choice and worn the king’s chain mail nobody would have said, “Yeah, David got his butt kicked.  But did you see that armor?  While he was flying through the air he looked FANTASTIC.”  Strip off all of the expectations you have placed on yourself or that others have burdened you with, even with the best of intentions.  See your path through the eyes of your Creator and what He actually wants you to carry.  He never intended for you to live an over-encumbered life…

Matt. 11:28-30 Come to Me, all you who labor and are heavy laden, and I will give you rest. Take My yoke upon you and learn from Me, for I am gentle and lowly in heart, and you will find rest for your souls. For My yoke is easy and My burden is light.”