Mass Effect 2 was SUCH a better game than it’s predecessor in virtually EVERY way… better combat, more diverse dialogue options, and most importantly NO MORE DRIVING A COMPLETELY BROKEN MAKO TRUCK.  The handling on that thing was not merely difficult… the vehicle quite clearly hated me.  I am pretty sure I heard it laughing at me as it DOVE down yet another giant canyon and burst into flames just because I tried to do an incredibly difficult operation like, oh…I don’t know… turning LEFT.  The pacing of the story, the massive amount of optional missions that actually fleshed out the universe… I believe I could make a compelling argument that Mass Effect 2 is the definitive entry in the entire Mass Effect series and probably bring a lot of people along with me.

Driving the Mako.  Yep… it’s about as fun as you remember.

One of the most critical additions to the game was the advent of “loyalty missions” you could complete for your party members… each member of your party had their own completely optional mission that was unique to them.  Most of these side missions not only contained some of the most interesting content in the game, but completing them made that party member “loyal” to you… and doing so would accomplish two things.  First, it would unlock a really cool additional combat power for them that could ONLY be unlocked if you completed their loyalty mission, and secondly it would increase their likelihood of surviving the game’s final suicide mission.  Simply put, if you did not take the time to venture off of the main game’s plotline and complete these missions your squad members would still go along with you for the ride, but they would never reach their full potential.  Most importantly, their odds of making it through the final battle and joining you for the final game of the trilogy would be almost zero.

This is the exact same situation we find ourselves in as believers in Christ… we desperately want to reach people for Christ and bring them with us on our mission to save the world, but so often we fail to meet the most critical (and many times unstated) needs of the hurting souls we are trying to save.  Even our most compelling, well-meaning, and persuasive attempts to share the good news will land on stony ground like the parable of the sower in Matthew 13…

The seed (which represents the Word of God) was good, and so were the intentions of the person sowing the seed.  The ground even showed temporary results before the growth was prematurely ended due to a lack of depth and the intense pressure of the sun.   So why did the seed fail to survive?  It died for the exact same reason our party members failed to survive the final run through the Omega-4 relay in Mass Effect 2… we didn’t take care of their most critical need.  In the case of the stony soil it was because the ground had not been tilled and prepared for the seeds properly FIRST, and the result was quick and stunning growth followed by complete disaster.   And in the case of the souls we meet each and every day, when we offer up empty-sounding platitudes as a means of converting others to our faith without grounding them by assisting with their actual needs first the exact same tragedy results.

The world around us is hurting in SO many ways and as believers we know that the solutions and answers can be found in Christ.  But we are also the physical arms and hands of the Lord here on this planet and we are called to not only intercede but also INTERVENE on the behalf of the those who need us most.  Let’s start our journey by looking to Christ as an example…

Luke 7:11-15 Now it happened, the day after, that He went into a city called Nain; and many of His disciples went with Him, and a large crowd. And when He came near the gate of the city, behold, a dead man was being carried out, the only son of his mother; and she was a widow. And a large crowd from the city was with her. When the Lord saw her, He had compassion on her and said to her, “Do not weep.”Then He came and touched the open coffin, and those who carried him stood still. And He said, “Young man, I say to you, arise.”So he who was dead sat up and began to speak. And He presented him to his mother.

Jesus did not approach this woman and simply tell her not to cry… He helped to stop her suffering.  And while raising the dead isn’t terribly common, there are many more instances where Christ clearly shows that meeting the HUMAN need of his audience was a critical component of addressing the SPIRITUAL need of the soul He was seeking.  In John 8:1-10 we find Jesus stopping a crowd from stoning a woman caught in the act of adultery.  Once she was safe it was then and ONLY then that He instructed her to go and sin no more.  If He had prioritized preaching to her before He protected her, she may possibly have repented but she ALSO would have surely perished.  But by saving her life He also saved her SOUL. 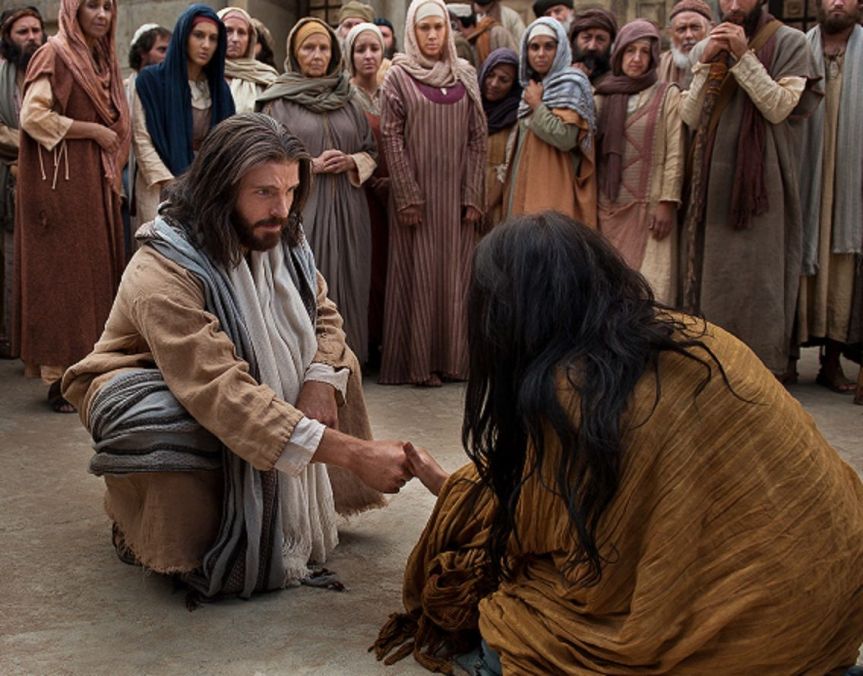 Still not convinced?  You might say that was an extreme circumstance where Christ CLEARLY had to intervene.  Okay… I’ll be your huckleberry.  Let’s go to John 9:1-38, where we find Christ interacting with a blind man.  There was no imminent risk, and as a matter of fact the blind man didn’t even approach Jesus or reach out to Him for healing.  Jesus went to HIM.  Jesus heals the man and sends him on his way, and after the healing we find the formerly blind man and Christ having the following exchange…

John 9:35-38 When He had found him, He said to him, “Do you believe in the Son of God?” He answered and said, “Who is He, Lord, that I may believe in Him?” And Jesus said to him, “You have both seen Him and it is He who is talking with you. Then he said, “Lord, I believe!” And he worshiped Him.

I could provide more examples, but I would encourage anyone that is not convinced to do a thorough reading of both Christ’s ministry in the Gospels as well as His followers in the book of Acts and you will see time and time again that it is our role as believers to get to know the emotional, personal, and physical needs of our mission field, not merely their spiritual needs.  There is a popular and accurate saying that, “People don’t care how much you know until they know how much you CARE”.  We can shout the Good News from the rooftops until our throat is hoarse, but until we get down and dirty in the soil it will simply land on stony ground. 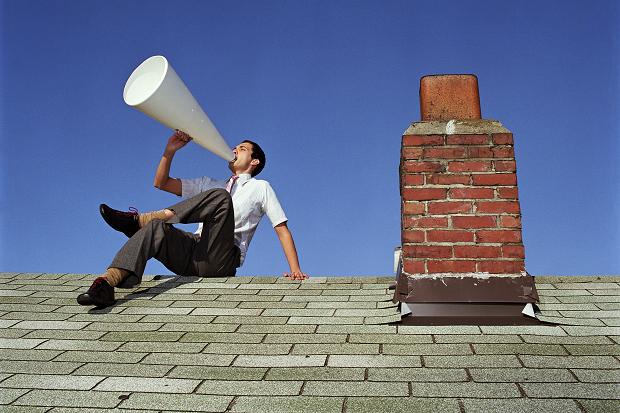 One final analogy… have you ever driven to a restaurant and realized you had a pressing need to use the bathroom?  You hurry to get out of your car, find out where your table is, and just as you are about to go locate the facilities and “pay the water bill” your server comes by to start telling you about the day’s specials?  In that moment I can FEEL my eyeballs swimming and while I would love to know about the “catch of the day”, my bladder has priorities that are honestly preventing me from hearing a single word.  I may pretend to listen to be polite, but in reality all I hear is the countdown in my head of “T-minus 9….8….7….” as my bathroom needs are dramatically overriding my ability to even comprehend anything else that is happening.

This is exactly what happens when we attempt to reach others for Christ without listening to their urgent and personal needs first.  We innocently prattle on and on about the benefits of a life surrendered to the Lord while all they can think about is their overwhelming depression, deep loneliness, physical pain and trauma, or that their power is about to be shut off.  And until we meet them at THEIR place of urgent need, the best seed on earth has no chance of finding a permanent home.

I want to be crystal clear that this is NOT some simple call for organized churches to do more charitable work… that would miss the point of this altogether.  Yes, it is important that the corporate body of Christ stands front and center to help heal communities and support those in need.  But this is a call for US, as individual carriers of the flame, to take a deeper look at how we act as a witness and representative of Christ to the people we interact with every day.  Good intentions have never reached a single soul for Christ… only caring hands with dirt under the fingernails from getting deeply involved and digging into the soil.  When we stand before the Lord He has made it crystal clear what He is going to ask us…

Matthew 25:34-40 Then the King will say to those on His right hand, ‘Come, you blessed of My Father, inherit the kingdom prepared for you from the foundation of the world:  for I was hungry and you gave Me food; I was thirsty and you gave Me drink; I was a stranger and you took Me in;  I was naked and you clothed Me; I was sick and you visited Me; I was in prison and you came to Me.’ “Then the righteous will answer Him, saying, ‘Lord, when did we see You hungry and feed You, or thirsty and give You drink? When did we see You a stranger and take You in, or naked and clothe You?  Or when did we see You sick, or in prison, and come to You?’  And the King will answer and say to them, ‘Assuredly, I say to you, inasmuch as you did it to one of the least of these My brethren, you did it to Me.’