The Sony PS5: Adding Light to the Battleground of Style and Substance (Matthew 5:13-16)

At long last Sony has pulled back the curtain on their new PlayStation 5 home gaming system, and what a reveal it was.  The sleek, sculpted, futuristic design of the PS5 stands in stark contrast to the monolithic PC tower-inspired design of the upcoming Xbox series X, making it clear that both form as well as function were a priority this time around.  While previous consoles from both parties seemed content to simply blend in with your entertainment center, the PS5 has no intentions of being anything less than an eye-catcher.  True, the controller could pass for a PS4 controller that got dressed up in Avengers:Endgame armor, AND the console looks suspiciously like an old wireless router I used to own… but architecturally the one thing you MUST say about the PS5 is that it is clearly here to make a visual statement.

Now, we still have a LOT of questions… when will it come out?  How much will it cost?  What will we be able to play at launch?  How well will this controller hold up to Cheeto stains?  But as we wait for those answers we have plenty to digest.  The console will be available in both a purely digital format as well as a disk-drive model, which indicates that physical media will remain viable in this console generation.  Additionally, the entire first-party accessory line is getting the full makeover with a new controller charging dock, media remote, headset, and camera already displayed to add to that unknown price point. And MOST importantly there are the games, with some heavy hitters already on deck such as the eagerly awaited sequel to the critically acclaimed masterpiece Horizon: Zero Dawn as well as a full-on Spider-Man game set in the Miles Morales timeline.

Sony has definitely broken the mold visually with their new console, and we will see if they can dominate this console generation once again with superior first-party content.  But if I am being honest, this thing could be the ugliest console known to man and it will STILL find a home in my entertainment center as long as the gaming experiences stack up to the high standards Sony established with the PS4.  Sure, the PS5’s overall aesthetic stands out from the crowd and makes for some fun internet memes, but at the end of the day this war will be won or lost by what it DOES, not by what it dresses up as.

Honestly, that’s one of the great things about Spider-Man… the suit doesn’t make Miles a hero, his actions do.   The mask and suit he chooses to wear are merely a symbol of what lives in his heart… the desire to use the gifts he was given to help and save others.  Miles would still be the same Spider-Man if he was simply wearing jeans and a t-shirt.  But he wouldn’t be a hero if he didn’t actually ACT on his beliefs and USE his gifts to the benefit of those he comes across in his day to day life.  The WORST thing he could possibly do would be to possess the knowledge of how to save people and the ability to help them, but do nothing more than LOOK like a hero while the world around him collapses.

As followers of Christ in a world that needs us to live out our beliefs now more than ever, we have to step up to the call for help.  This is not the time to put our heads down, stick our hands in our pockets, and wait for someone else to help.  Jesus called us the “salt” and “light” of the earth for a reason…

Matthew 5:13-16 You are the salt of the earth; but if the salt loses its flavor, how shall it be seasoned? It is then good for nothing but to be thrown out and trampled underfoot by men. You are the light of the world. A city that is set on a hill cannot be hidden. Nor do they light a lamp and put it under a basket, but on a lampstand, and it gives light to all who are in the house.  Let your light so shine before men, that they may see your good works and glorify your Father in heaven.

Both salt and light are metaphors on multiple levels, but for today we will focus on the most obvious.  Salt is an additive that can make even the most vile foods (like green beans) palatable, and perhaps its most interesting characteristic is that in the proper measurements it can be used as either an ingredient in a sweet pastry dough or as a complement to a savory meat dish.  Sometimes it exists for flavor, and other times as a chemical agent that adds to the baking process… but regardless of its utilization it has the function of IMPROVING a dish without becoming the featured attraction.  Nobody wants to eat a spoonful of salt with a french fry on top.  But a dash of salt on french fries is simply the way it was meant to be. 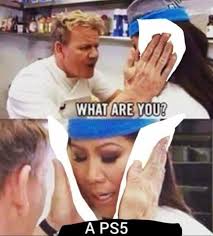 Likewise, light exists to enable us to SEE what we could not see otherwise.  The light itself is NOT the focal point, rather it illuminates everything and enables the world around us to be enjoyed.  A coffee table in the dark is an incredibly unpleasant experience, especially for one’s toes.  But when featured under a light source a coffee table is a welcome addition to a living room and able to serve it’s actual purpose… which typically does not involve attacking toes.  Both salt and light, when serving in their proper roles, have the power to safely light the way and in the proper context add a welcome flavor to any situation.

I know this won’t be a popular statement, but it’s time for a tough truth… if we don’t like the world around us then there is only ONE place to point the finger.  If the room is unsafe it ISN’T because the coffee table suddenly became carnivorous for toes.  It’s because the LIGHT isn’t doing its job.  If the world around us seems to have lost its flavor, whose fault do you think that is?  As believers we have the MISSION to seek and save a world that is lost and a CALLING to be light in the dark places.  If we want to see change, we can’t simply sit back and wait for the world to build a better lamp stand. Jesus didn’t tell us to wait until they come to us for help… he told US to go (Matthew 28:19-20).

The world is in the state it is in because we as the collective body of Christ have missed MULTIPLE opportunities to proactively answer the call.  In a world struggling with unity, is the church really any different?  For far too long we existed in isolation and left a world in need of salt and light to find a way to enact change without us, and then we have the audacity to be surprised by the resulting chaos that has ensued.

So what do we do?  Are we, the earthbound body of Christ, doomed to be a stylish, architectural statement that eventually fades into irrelevancy right when we were needed the most?  Or do we have the substance of salt and light that this world NEEDS right now to make a difference on whatever battleground we have been given?  We have to be the LIGHT in every place we are and stand up for those who need us… whether that is online in our social media, in our workplaces, in our unique circles of influence, or simply standing in the line at the grocery store… ANY TIME we see an opportunity we are commanded to be the light.

We live in heavy times… and it is time that we shine the light of Christ that this world is looking for.  Light doesn’t yell at the darkness or complain about it… it REPLACES the darkness by illuminating it.  We have to stop TALKING and actually BE the hands of Christ in every situation we can.  God hasn’t lost control of anything… He is waiting for His church to take His call seriously and surround each and every person we meet with His love, understanding, and compassion.  The Jesus they want to see MOST is the One that is ACTIVELY living inside of us. 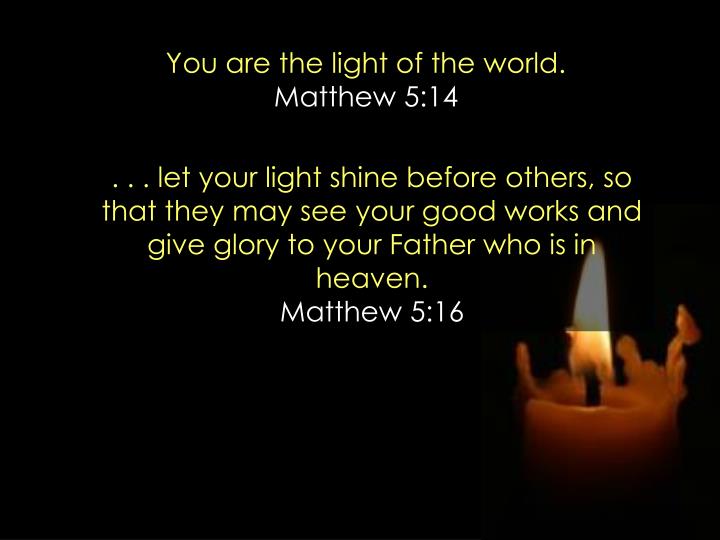