We are just a few short weeks away from the curtain being pulled back on the future of gaming… the annual Electronic Entertainment Expo begins on June 11th and speculation is rampant on what we WILL as well as what we WON’T see when it is all said and done.  The event has not yet even begun and we already have some major departures from the script, as major players like Sony and Electronic Arts has opted to forego this year’s E3 and instead focus on their own individual events.  While there is most certainly some gamesmanship afoot, it also feels as if this year the floor is being ceded to Microsoft and Nintendo to make some pretty bold statements about their future.  So without further ado let’s dig into some previews of what we already know and some predictions on what we think we might see… 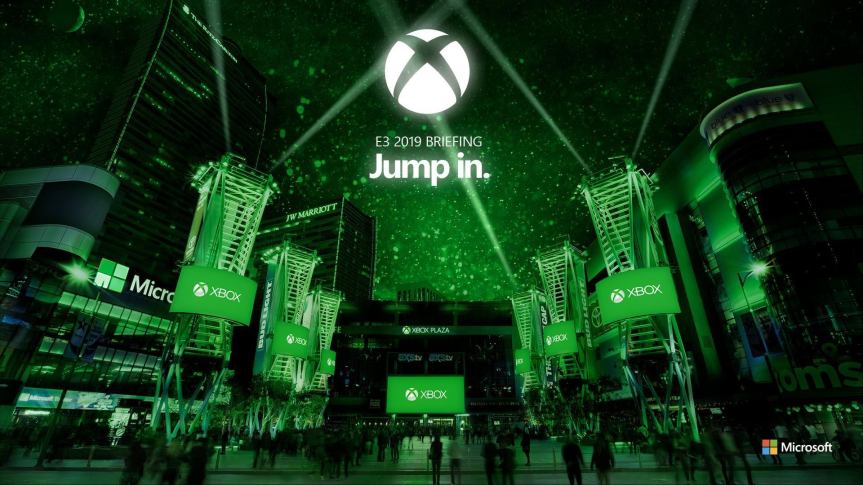 PREDICTION: Microsoft will reveal their next console and we will all be… Whelmed.  Not over-whelmed, not under-whelmed… just whelmed.

This one feels pretty safe… Microsoft is set to have a massive presence at this year’s expo and despite the moderately successful launch of the technically superior Xbox 1X they cannot seem to crack into Sony’s substantial market share lead in this console cycle.  The PlayStation 4 clearly dominated this generation and Microsoft must come out firing with more than just some pretty specs this time around.  They need some massive, exclusive, game-changing software support at launch for one… Halo: Infinite will most likely get a larger reveal but I am holding out hope for a few wish list items:

The problem is that time and time again Microsoft has seemed determined to evolve the gaming landscape without regard for the preparedness of the people who currently occupy that space.  Can they resist the urge to FORCE change and instead provide a platform that embraces physical, digital, and streaming all while keeping everyone included in the game?  We will know the answer soon… 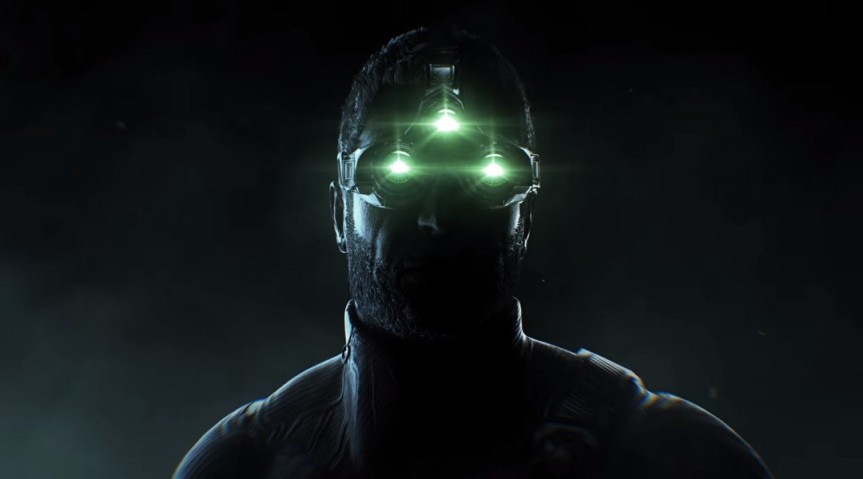 Unfortunately, this one is more of a spoiler than a prediction.  When you don’t have any original ideas, sometimes the easiest thing to do is to pay for exclusive access to someone else’s original ideas.  I have a feeling we will see this for the Final Fantasy VII remake, possibly Beyond Good and Evil 2 (if that one shows it’s face again), and if we are TRULY unlucky CyberPunk 2077.  But there could be a few other surprises… maybe a major player like Destiny or Dragon Age, or perhaps someone needing the push like Splinter Cell or TitanFall 3 will take the jump for the opportunity to be a big fish in a small pond to kick start the next generation of gaming consoles.

PREDICTION “ALL YOU CAN EAT” BUFFET: 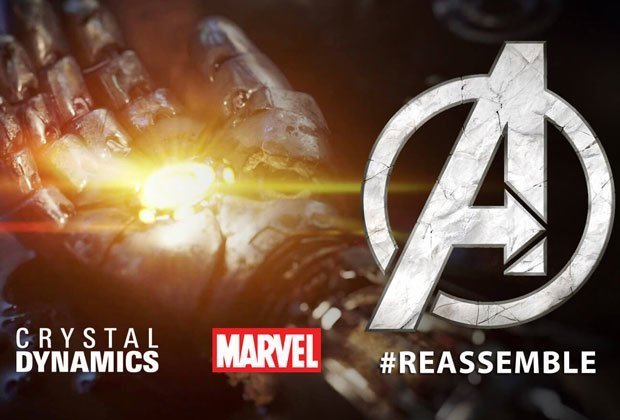 It’s always fun to predict and prognosticate and see how many of these ideas truly see the light of day.  And while many of these may turn out to be a false lead, it can be exciting to dream of what could be and hope for a tomorrow that is brighter than today.  It would be the death of our industry if we decide we are better off staying right where we are, or even worse head back to where we have just come from.  And in our lives many times we find ourselves at a similar crossroads… still seeing the potential in where we are or where we just came from because the road ahead is both daunting and unfamiliar.

In Numbers 13-14 we find Moses and the Israelite people at a similar crossroads.  Moses has led his people to the border of the Promised Land that they have been dreaming of throughout their hundreds of years of slavery… the land they have been marching towards over the last several weeks.  This is the culmination of the promises that had been made centuries prior to Abraham, Isaac, and Jacob… this was the beginning of not just their next chapter.  This was, to quote the Pulitzer Prize winning philosopher/generational poet extraordinaire Aladdin… a whole new world. 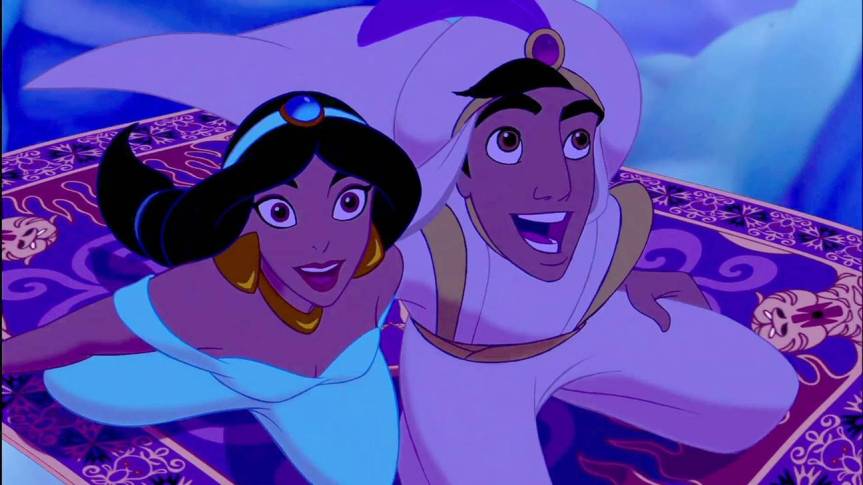 Unfortunately, with a great destiny comes even greater obstacles and they were about to run headlong into some intimidating circumstances.  Moses sent spies ahead into the land to scout it out, and for forty days they observed massive fruits, lush landscapes, ample water… they coined it the “land of milk and honey”.  It kinda sounds like the pitch for an infomercial. I can picture the images of waterfalls of milk like the chocolate waterfall from Willy Wonka and the chocolate factory…  wait… milk needs refrigeration.  That waterfall would smell PUTRID.  Scratch that image.  Let’s get back to Moses and the report from his spies…

Numbers 13:27-33: Then they told him (Moses), and said: “We went to the land where you sent us. It truly flows with milk and honey, and this is its fruit. Nevertheless the people who dwell in the land are strong; the cities are fortified and very large; moreover we saw the descendants of Anak there. The Amalekites dwell in the land of the South; the Hittites, the Jebusites, and the Amorites dwell in the mountains; and the Canaanites dwell by the sea and along the banks of the Jordan.” Then Caleb quieted the people before Moses, and said, “Let us go up at once and take possession, for we are well able to overcome it.” But the men who had gone up with him said, “We are not able to go up against the people, for they are stronger than we.” And they gave the children of Israel a bad report of the land which they had spied out, saying, “The land through which we have gone as spies is a land that devours its inhabitants, and all the people whom we saw in it are men of great stature. There we saw the giants (the descendants of Anak came from the giants); and we were like grasshoppers in our own sight, and so we were in their sight.”

Now, before we start judging these spies for the insurrection that their report is about to instigate, let’s take a quick pause.  It would be easy to condemn them for their cowardice, but let’s look in the mirror for a moment.  God puts promises into our hearts that we are meant to achieve, full of dreams and purpose.  But oftentimes we spend our time scouting the challenges that lie ahead instead of realizing that we are on the cusp of what has been prepared for us by our loving Father.  We can practically smell the (pasteurized) milk and honey, but the sight of the giants roaming the land and the size of the walls that lie ahead can make us feel like little more than insignificant insects staring up at promises that are too big for our Maker to keep. 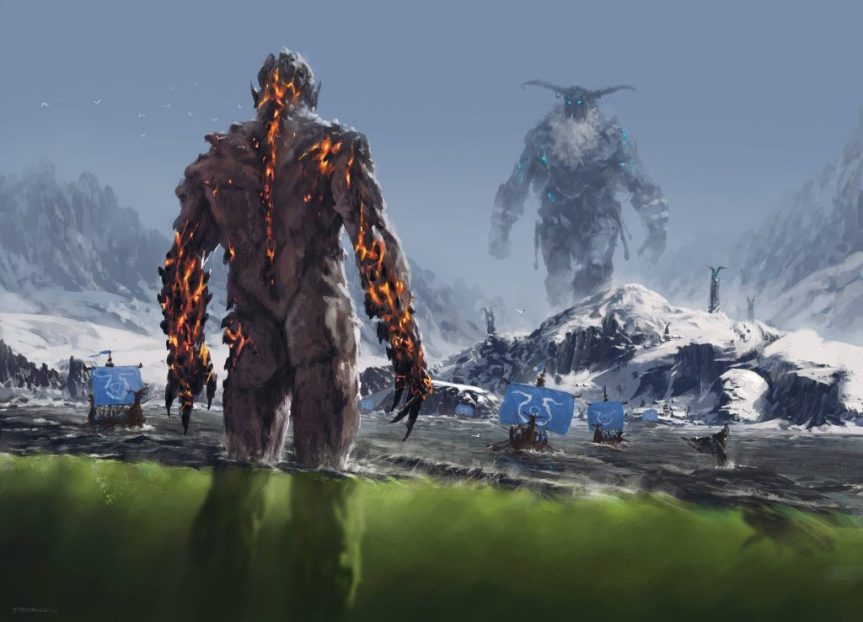 Unfortunately, the story heads the wrong direction REAL quick as the people begin to complain and doubt that the God who had freed them from slavery, parted the Red Sea, and fed them miraculously each and every day could do what He had promised.   And I know it’s easy for any one of us to wonder HOW IS THIS POSSIBLE.  They have been observing the deliverance and sustaining power of God on a DAILY basis… why are they tapping out now?  But if we look a little deeper into this I believe we can see ourselves in the reflection.  I know I can.

If you are reading this, it is pretty likely that you are alive.  VERY likely.  As a matter of fact, based on my readership statistics, 100% of my readers are currently human beings occupying this plane of existence.  You possess the ability to read and comprehend this, you have access to an electronic device that allows you to view this, and you very likely ate and slept at some point this week.  God has provided for you in ways that may not seem as “miraculous” as what we read in the book of Exodus and Numbers, but He still has given you everything you needed for your journey so far.  How do I know?  Because you are HERE.  He gave you the breath of life in your nostrils, the image of Himself in your body, and if you have chosen to receive Him you carry His very Spirit in your being.  He has brought you to the place of entry into the Promised Land.  But the next step is up to you.

Moses and two of the faithful spies, Joshua and Caleb, attempted to squash the fears of the crowd and remind them of the journey they had been on to this point.  But the seed of doubt had been planted and unfortunately they were unsuccessful in steering the unruly mob back towards their Provider.  And as punishment for their failure to believe and enter the Promised Land they wandered the desert another FORTY years… one year for each day the spies had scouted out the land.  Joshua and Caleb would eventually lead a new generation of people into a successful conquest of the land, but only after all those who had doubted were no longer present.

Now as for us… each and every day we make the choice of whether we will listen to the reports of what lies ahead and allow it to destroy our progress or steel our resolve.  The reports were not false… there WERE giants in the land.  And cities with giant walls.  And armies prepared for war.  The question is not the accuracy of the scouting report, it is a matter of FAITH.  There is no good news or bad news… only news.  And that news is irrelevant to the God of the universe who planned your each and every step before the dawn of time. 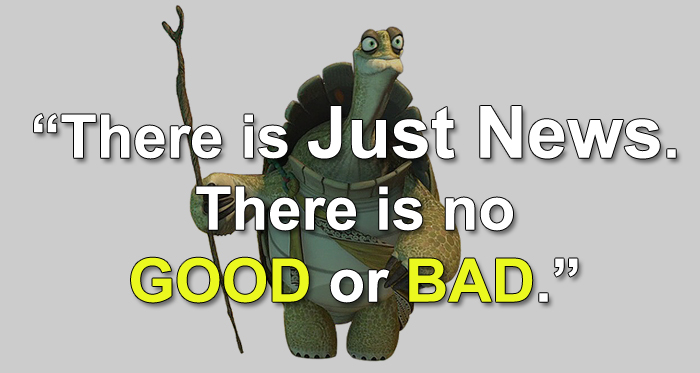 I hope this encourages you to seize what has been promised to you and the destiny that awaits you regardless of the literal or figurative giants that stand in your way.  What God has ordained no man can stand in the way of.  Only YOU can prevent your entry into what God has promised for you.  At E3 this year it is entirely possible we will see some things in the future that we don’t feel prepared for.  There may be some scary obstacles that threaten to change all that we have known up to this point in our journey.  We cannot choose what the path is before us, only our participation in its continued unfolding.  And similarly, what God has placed into your heart to perform is your DESTINY, and the presence of the massive challenges that lie ahead and even the scary twists and turns that you will face are simply your adversaries methods of turning you back the way you came.  You know where that road goes.  Time to take the red pill my friend… 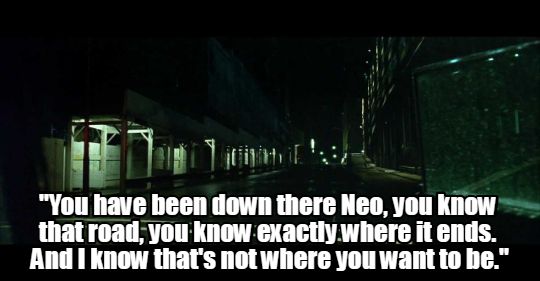 Philippians 1:6 Being confident of this very thing, that He who has begun a good work in you will complete it until the day of Jesus Christ